Think. Do. Be Uncommon.

The Ewing Marion Kauffman Foundation is a private, nonpartisan foundation that works together with communities in education and entrepreneurship to create uncommon solutions and empower people to shape their futures and be successful. The Kauffman Foundation is based in Kansas City, Missouri, and uses its $2 billion in assets to collaboratively help people be self-sufficient, productive citizens. 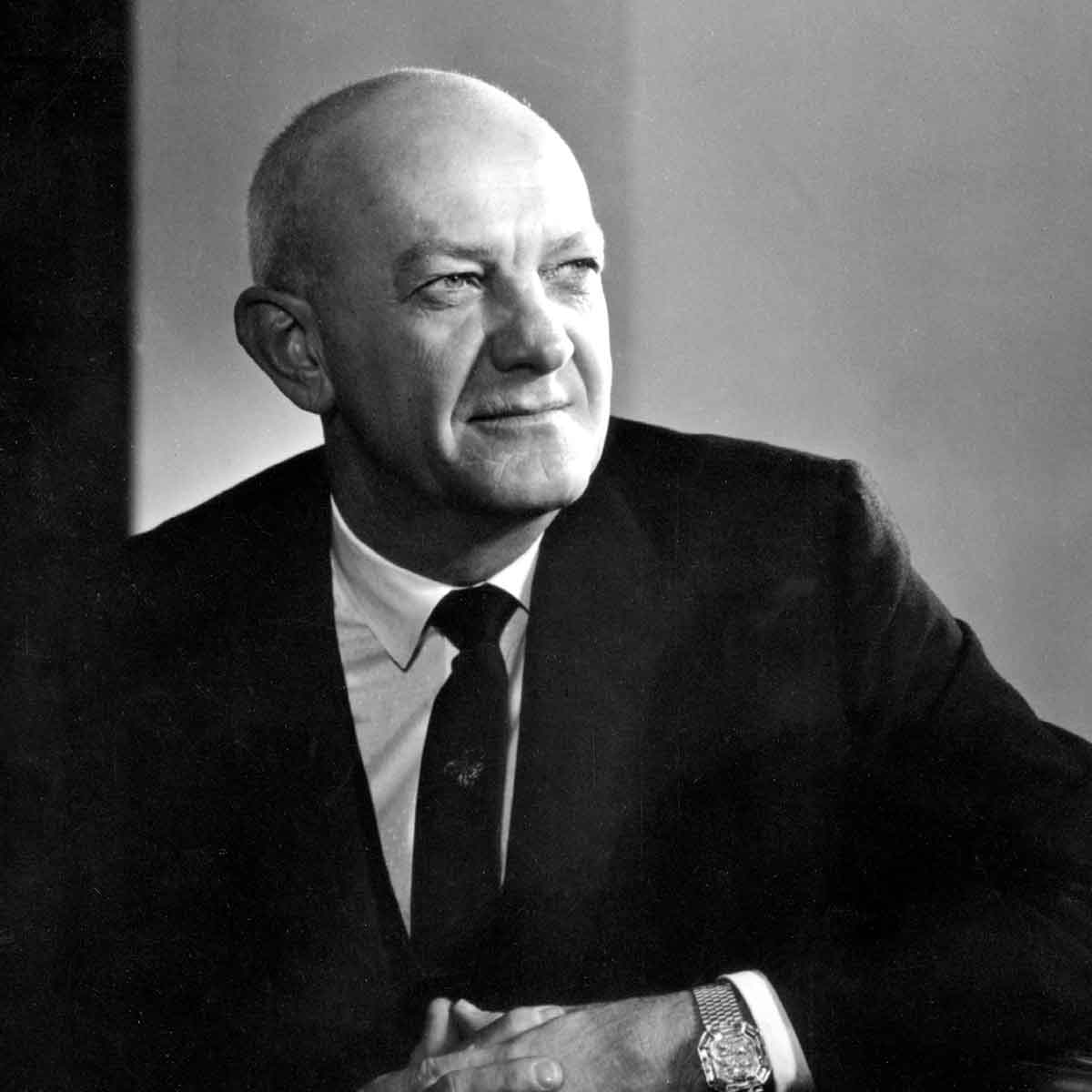 In the spirit of their founder, Ewing Marion Kauffman, they aspire to eliminate barriers so that every person—regardless of their background—can take risks, achieve success, and give back to their communities.

They work together with communities in education and entrepreneurship to create uncommon solutions that empower people to shape their futures.

They first listen to the communities They serve, seek to understand the problems, and dream big with people around the country to build innovative programs that deliver results.

Ewing Marion Kauffman was born on a farm in Garden City, Missouri, in 1916. His family moved to Kansas City when he was a boy, and he called Kansas City home for the rest of his life.

He named his company Marion Laboratories. In his first year in business, he had sales of $36,000 and a net profit of $1,000. When his company merged with Merrell Dow in 1989, it had grown to become a globally diversified health care giant with nearly $1 billion in sales and 3,400 associates. Two principles guided the philosophy and culture of Marion Laboratories: treat others as you wish to be treated and share the rewards with those who produce.

Mr. Kauffman brought more to Kansas City than an international business. When he established the Kansas City Royals in 1968, he brought major league baseball back to his hometown, boosting civic pride and the city’s economy. With the same entrepreneurial vision he used to guide his business, he made the Royals a model sports franchise. The team developed young players who won six division titles, two American League pennants, and a World Series championship in 1985.

Ewing Kauffman’s most enduring legacy to his community and the world is the Ewing Marion Kauffman Foundation. He established the Foundation with the same sense of opportunity he brought to his business endeavors, and, with the same convictions. Mr. Kauffman wanted his foundation to be innovative – to dig deep and get at the roots of issues to fundamentally change outcomes in people’s lives. He wanted to help young people, especially those from disadvantaged backgrounds, get a quality education that would enable them to reach their full potential. He saw building enterprise as one of the most effective ways to realize individual promise and spur the economy.

Today, the mission of the Kauffman Foundation mirrors Ewing Kauffman’s commitment to fostering education and entrepreneurship.

You can visit them at www.kauffman.org

How can you be part of the show?

We’d love to hear about your nonprofit cause. Fill out the form below and we will get in touch!